Austin Haunts: Have a Great Time in Austin!


This page is a great reference for friends or family about to come to Austin for a visit. Locals will find it of use as well. Here are my favorite things to do in Austin!!!


You can watch bats fly out from under the Congress Avenue Bridge! There are 1 million bats in the colony. I typically watch from the bridge at sunset. They are active April through September. You can also watch the bats from the water with Lone Star Riverboat or Capital Cruises.


South Congress is a fun place to shop, eat and hang out. There is something for everyone. Here are my favorite stores and restaurants on SoCo:

If you come to Austin, you need a good pair of cowboy boots. My go-to shop is Allens Boots on South Congress Ave. I am a fan of Ariat boots with the square toe. Ariat boots are technical, meaning the footbed is designed for support and comfort. Highly recommended!

It's always fun to browse in a costume store and this one is huge! If you're local, consider building a costume over time. There are beautiful, high quality costumes for purchase or rent. Plan to attend one of Austin's many Halloween costume parties.

Clothing for Men and Women: Co-Star
Star Austin on yelp 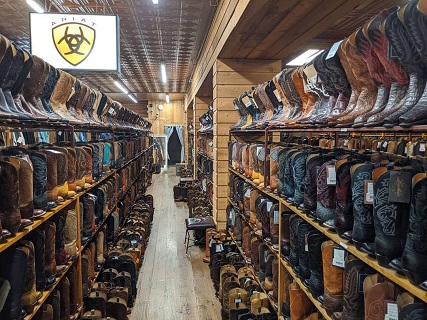 
Austin is a famously bike-friendly city. There are many walking/bike trails separate from traffic. The city has also established bike lanes on streets throughout Austin.

You can rent a bike at Mellow Johnny's Bike Shop. Mary and I bought bikes there and have had a great experience with them. The bike shop is downtwon, close to bike trails along the river.


Spend an afternoon hiking to find dinosaur tracks! The site is 30 minutes from Austin. The tracks are 1/2 mile from the parking lot, preserved in stone along the San Gabriel River. This is not a marked trail. Reference the directions in the first comment below.

Set your GPS to 601 S Gabriel Dr, Leander, TX. There is free parking on the left in the grass lot next to the 183A bridge. From there walk down towards the river, underneath the highway. As you approach the waters edge, turn left and walk along the river bank. The tracks are about 1/2 mile down at a bend in the river.

Here is a GPS pin of the tracks' location: view GPS

Here is a link to a map that displays where to park and where the tracks are.

Doc's drive-in is a great night out! Check out which movies are playing and purchase tickets on their website.

Arrive early to purchase a meal or snacks and refreshments. Watch the movie from your car or bring lawn chairs to watch from within your parking space. You can bring your dog too. Enjoy the night air in the country!

I enjoy cave tours and this one is one of my favorites! Refer to the pictures on this page. Admission to the park is free. Purchase 'walking tour' tickets online. The 'wild cave tour' involves crawling, mud and water. Plan to arrive 30 minutes early because the tour leaves exactly on time. I register for the 2:00 walking tour and have dinner at the Blue Bonnet Cafe on the way back. The tour covers 1.1 miles, descending 130 feet below the surface. The guide provides historical and geographical details along the way. Wear closed-toe shoes with good traction. I also wear a hat. The tour lasts 90 minutes and has spectacular scenery within. A great way to spend the day!


The food is awesome here! Are you kidding me?!!!

I’ve tried many sushi restaurants in Austin. Musashino is my favorite! The Black Sabbath roll has jumbo shrimp, habanero caviar, squid ink infused sushi rice, served with jalapeño soy sauce. The Texas Road Kill roll has tuna or salmon, with jalapeño, habanero & orange smelt caviar, served with spicy sauce. When I am extra hungry or it is cold out, I pivot to the Katsu Curry. It comes with breaded & deep fried chicken or center cut pork served on top of rice. Opt for the chicken. I go to Musashino once a week with the Mrs. Highly recommended!

Steiner is the restaurant I go to on my birthday. Make sure you have reservations. This is a popular restaurant. If the table is not ready, I have shrimp cocktail and a drink at the high-top tables in the bar. They serve yeast rolls, which are great but don't fill up.

I eat outside. There is a beautiful view of Lake Travis. As the sun sets, a band sets up and plays music that makes for a great evening. The first time I ate there someone landed in a helicopter for take-out. They left a few minutes later.

What? Oh, you want to know about the food. Well, let's start with Steiner is a high-end steakhouse. In fact I bumped another steakhouse off the list (there can only be one!). I typically order the largest filet and a lobster tail. My favorite desert is the bananas foster. The food is high quality and the execution is flawless!

Voodoo Donuts is one of my vices! Their donuts are nothing short of amazing. My favorites are Chocolate Coconut, Raspberry Romeo and Ring of Fire. Their raspberry donuts are ridiculous, with twice as much filling as you are used to. The Ring of Fire is a bit spicy/hot, great to have with a cup of coffee. A bit too hot for kids. Go to Voodoo, you won't be disappointed!

Food Trucks: Austin is known for its food trucks. I tend to haunt these, which are co-located: 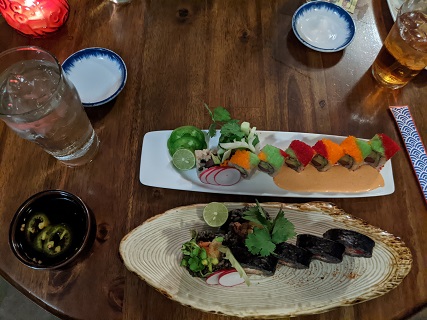 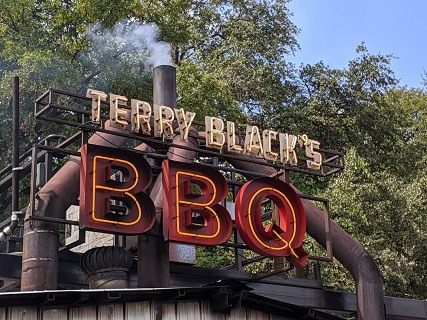 
Get to know the local area!


CONSIDERATIONS FOR MOVING TO AUSTIN

1. Good food. Did I mention the restaurants are awesome here?!

2. Live music. That's something Austin is known for. Get ready to have some fun!

3. Lots of outdoor activities. Austin is a great place to walk, run or hike!

4. The job market is strong. There are many IT startups in Austin. Much of Silicon Valley has moved here.

5. Close enough to San Antonio and Dallas to drive versus plane (90 minutes and 3 hours in moderate traffic, respectively).

8. Out of the path of hurricanes.

9. Austin is a famously bike-friendly city.

2. There is heavy traffic during rush hour. COVID-19 has masked that. Take the current commute time from Google Maps and double it.

3. The cost of real estate is quite high and increasing further due to the influx of people from Silicon Valley.


When researching a new area, I check:


1. The city's chamber of commerce for a listing of local companies:

3. Instagram for current and upcoming events. Helps you get a feel for the area.

I like warm weather, reasonable traffic and affordable real estate. You have to identify which criteria is important to you.

It is possible to get a feel for commute time by using Google Maps to chart directions during rush hour. For example, try using an address in Kyle Texas to an address in downtown Austin.

It makes sense to visit an area for a week before moving there. I visited Austin in October and again in June before moving here. Housing is more affordable in Buda and Kyle Texas. They are a little south of Austin.